Home » This Week in Elon: Texas gets involved in the Twitter deal for some reason 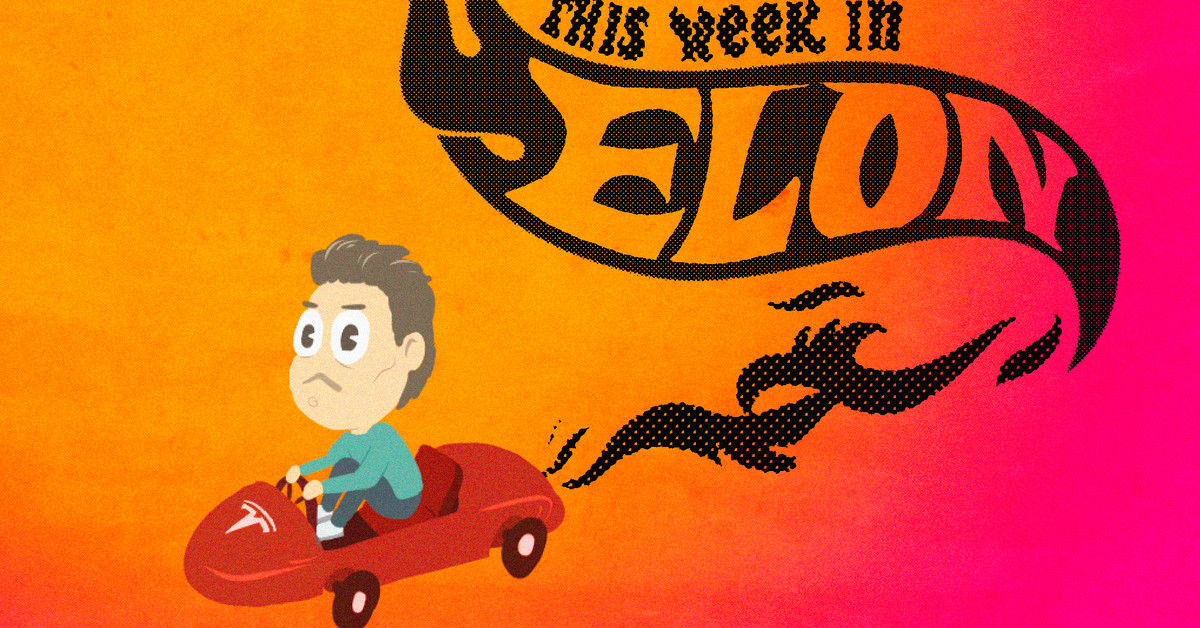 So, noted shitposter Elon Musk wants out of his Twitter deal, and he’s gotten his lawyers to write a lil letter to Twitter about it. According to the letter, Twitter is a bunch of big meanies that aren’t giving Musk the information he needs to close the transaction, specifically about bots and spam. According to the letter, this is very important for Twitter’s business model. There was a time to have this conversation, and it was during due diligence, which Musk waived. I’m very unsympathetic to both Musk and his lawyers here.

Now, Bloomberg’s Matt Levine has helpfully written about how M&A law works. Basically, Musk views this letter as a pretext for ending the deal:

I mean, to be clear, it isn’t a good pretext. It is, for instance, very hard to imagine that Musk’s banks are clamoring for detailed information about spam accounts to line up their financing; Twitter has raised debt financing in the past with its existing bot disclosure. Nor is it clear what Musk’s “reasonable business purpose related to the consummation of the transactions” is. And because it is so clearly part of Musk’s broader trolling operation, it is hard to imagine him winning if this ends up in court: If he refuses to close because Twitter won’t humor his bot-fishing expedition, it seems unlikely that a Delaware court will side with him. But it does raise the risk for Twitter, which gives him a bit more leverage to try to renegotiate the price. It is all going to get so much dumber.

Levine was right! It got dumber!

Musk lives in Texas now — a clown state for clowns. So, anyway, the state’s Attorney General Ken Paxton, who is apparently also Twitter-pated, is going to look into this, I guess? The hope appears to be that it will distract from his indictment on securities fraud charges; Paxton is “accused of persuading investors to buy stock in a technology firm without disclosing that he would be compensated for it,” according to The Texas Tribune. Well, birds of a feather flock together. Musk, you may recall, was sued by the SEC over his “funding secured” tweet when he was pretending to take Tesla private. (Musk settled, though a contentious part of the settlement was that Musk decided he wanted to tweet Tesla stuff anyway.)

There’s been a lot of chatter about Musk’s “changing” political allegiances as being part of this. Musk says that he voted for Democrats in the past. Sure, maybe that’s true; it’s not like I’m in the voting booth with him! But the year before his “conversion,” in 2021, he donated $2,970 to the Republican National Committee and WinRed, a Republican PAC, according to OpenSecrets. He donated nothing to Democrats.

Maybe that was an off-year, though! I popped over to OpenSecrets’ donor lookup and pulled Musk’s donations for the last 10 years. Then, because not all of his donations disclosed which political party the candidate belonged to, I did some cheeky Googling to sort out affiliation. In the last ten years, he’s given 91 Republicans or Republican organizations $325,000. By contrast, 54 Democrats or Democratic organizations have received about $242,000.

Of those donations, 87 were to people running for office in Texas, where SpaceX has significant operations and Tesla recently opened a plant. Musk donated just nine times in California, where he lived until 2020. His biggest donations in California — three for a total of $18,600 — were to Gavin Newsom, the governor. In 2020, Newsom ordered California to shut down in response to the coronavirus pandemic and Tesla’s Fremont factory stayed open a few days after that. Musk later reopened the Fremont factory, violating Alameda County’s health order. Musk left California shortly after that.

This fun little excursion into Musk’s donor history likely isn’t complete; it does not include, for instance, the infamous $38,900 donation to the House Republican PAC in 2018. While Musk has said he is not a “top donor” to any political party, it does seem like his money reveals a preference for Republicans.

I can’t say I find that especially surprising. Dude literally builds rockets! Which launch classified shit for the military! Hello!!!! His fans love to compare him to Tony Stark who was an arms dealer before becoming a vigilante.

But I think a lot of people wanted to believe his rhetoric around reducing fossil fuels meant he was left-wing. I’m not sure why; a lot of rank-and-file Republicans think climate change is real. Climate change is not actually as much of a partisan issue as you’d think just looking at Republicans’ legislation.

It’s true that Tesla benefited from the Obama administration’s green initiatives, but this also fits with Musk’s pragmatic pattern of donation. Thing is, I don’t think that his donations are strong political commitments. They are, instead, nakedly self-interested: Musk’s only real political preference is for himself. As Musk’s ex, the musician Grimes, has pointed out, “Every aerospace company has to donate to Republicans in order to function. … Major companies across the board do, in some capacity. It’s the price of doing business in America.” They are, instead, investments in a world when Musk’s companies get to do what Musk wants.

Some of that is those sweet, sweet tax breaks. Some of that is stuff like violating an FAA launch license. Some of that is walking away from smoking weed with Joe Rogan with a slap on the wrist. So yeah, I’m not entirely surprised that a state AG in Texas is doing an obviously dumb investigation in order to put the heat on Twitter. Nor am I entirely surprised that Twitter plans to respond by giving Musk what he wants, good and hard: access to “the firehose” that contains every Tweet as it gets posted.

But, for the Texans who are interested in wooing Musk, it’s perhaps worth rereading an article written by his first ex-wife, Justine Musk. Just after they got married, as they were dancing, she says he whispered to her, “I am the alpha in this relationship.” I’d guess that’s how he views the politicians he donates to, too.