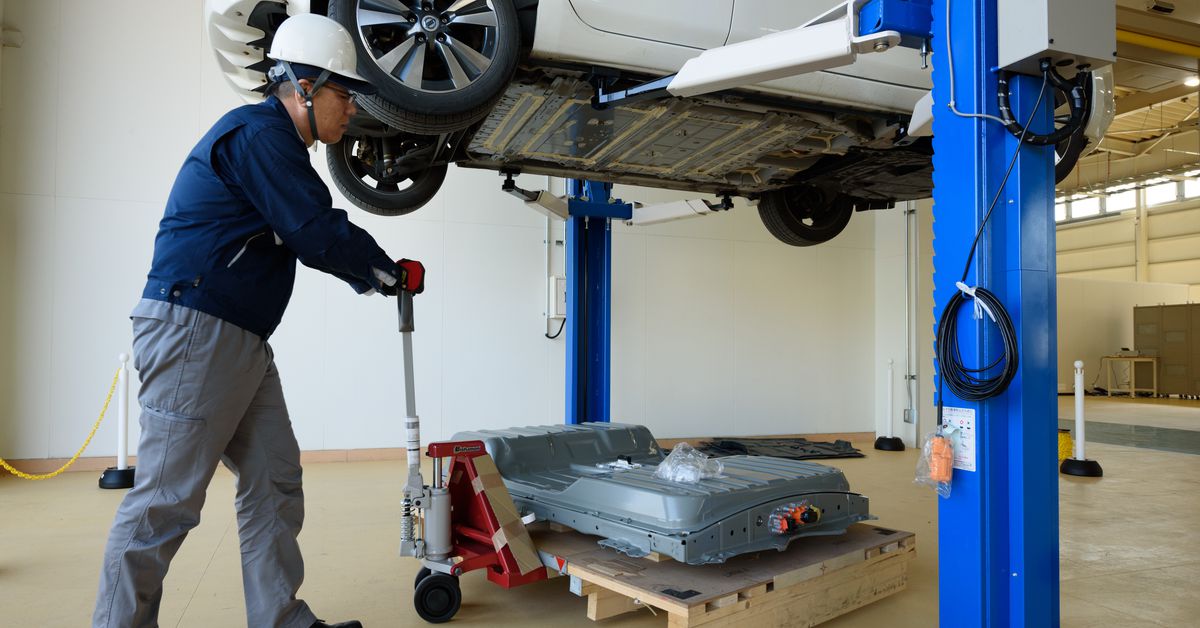 The Department of Energy just took a first step toward launching new lithium-ion battery recycling programs in the US. It issued a Request for Information (RFI) yesterday to ask for public input on how to spend $335 million in federal investments for battery recycling that was included in the Bipartisan Infrastructure Law passed last year.

Lithium-ion batteries used to power electric vehicles and store renewable electricity are a major building block for a clean energy economy. Recycling could ease the impending squeeze on materials needed to meet rapidly rising demand for those technologies — especially as the Biden administration tries to keep the US on track to meet pollution-cutting goals it’s agreed to under the Paris climate accord.

All in all, the Bipartisan Infrastructure Bill invests over $7 billion over five years to build up a domestic battery supply chain. That includes $335 million for lithium-ion battery recycling programs. The Department of Energy (DOE) issued the Request for Information in order to help guide its implementation of those recycling programs and plans to take comments from the public until October 14th.

The programs are supposed to improve the process of collecting batteries at the end of their lives and harvesting valuable materials from them. The programs also aim to minimize environmental risks from tossing out and rehashing used batteries while also making battery cycling more popular and developing a new workforce for the recycling industry.

The funding will also go toward finding useful second lives for old electric vehicle batteries. An EV battery might be replaced once it’s lost about 20 percent of its capacity. But that means it could have up to 80 percent of its capacity left for other uses. The battery might be paired with solar panels, for instance, to hold excess energy soaked up during the day so that the clean electricity is available at night. Some car companies, including Nissan, are researching how to reuse EV batteries to store renewable energy for power grids.

Policymakers, meanwhile, are scrambling to figure out how the nation is going to have enough batteries on hand to reach its climate goals. To slash greenhouse gas emissions, Biden wants the power sector to run entirely on carbon-free electricity by 2035 — which will be virtually impossible without a lot more energy storage from batteries. Biden also issued an executive order last year calling for half of all new vehicle sales in the US to be hybrid or electric vehicles by the end of the decade. And California, one of the world’s biggest markets for cars, laid out new rules last week to phase out gas-guzzling cars in favor of plug-in hybrid and battery-electric vehicles by 2035.

Similar shifts need to happen across the world to avoid the worst effects of climate change, like dramatically more severe storms, droughts, and heatwaves. Greenhouse gas pollution needs to drop to net zero by around 2050 to reach goals set out in the Paris climate agreement aimed at ensuring a more livable future. But reaching those goals would require six times more critical minerals in 2040 than were produced in 2021, according to an analysis by the International Energy Agency.

That’s already triggered another conundrum — how to satiate the growing hunger for battery materials without tearing up the environment and harming communities near mines. Mining for things used in batteries like nickel and cobalt has historically been concentrated in a handful of regions, making markets for those materials vulnerable to labor and environmental abuses and supply chain shocks.

To reduce US dependence on minerals mined in those regions, the DOE released a “national blueprint” for manufacturing lithium-ion batteries last year. And the Biden administration invoked the Defense Production Act in March to ramp up mining and processing materials within the nation’s borders. But that push for domestic mining has environmental groups and Native American tribes worried about what damage it might cause at home.

If the US prioritizes recycling batteries, rather than relying so heavily on extracting brand new materials, it could help shrink many of those problems.