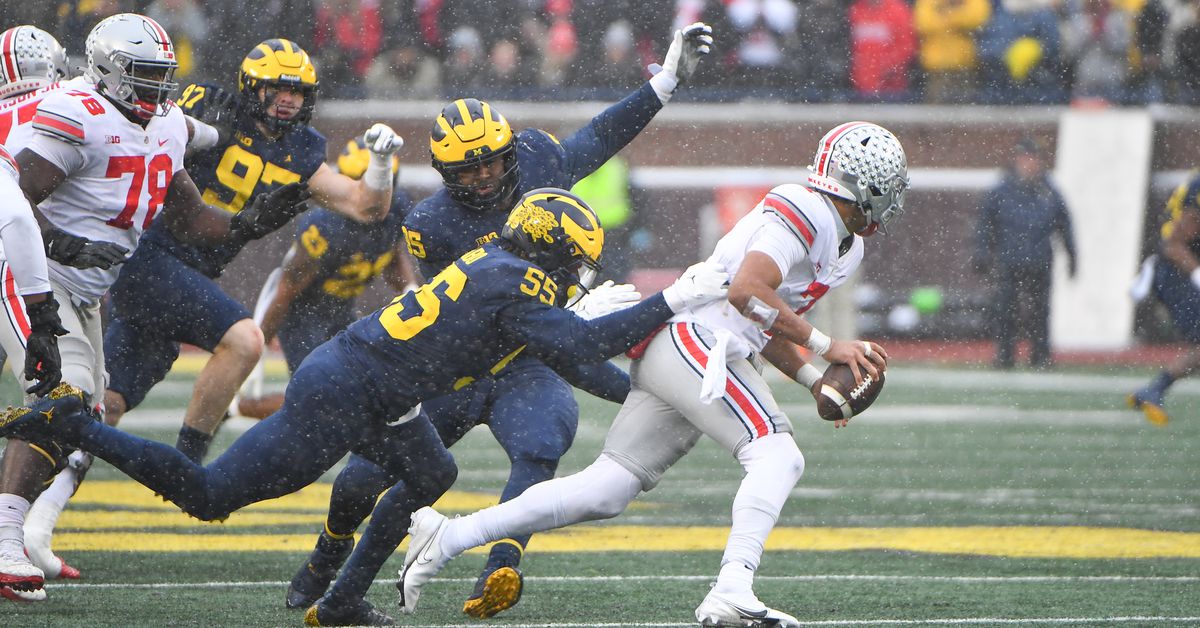 The Big Ten Conference announced a new slate of sports TV and streaming deals on Thursday, which will reportedly bring the conference more than $8 billion over the next seven years. It’s the richest rights deal in the history of college sports, with most of the money coming from Fox, CBS, and NBC — and most of the games coming to linear TV. There’s a streaming element, too, mostly through Peacock and Paramount Plus. But the big takeaway from the latest big-money deal? Watching sports is only getting more confusing and more expensive.

Here’s the basic rundown of the deal as it pertains to the upcoming football season: Fox got the best package of Big Ten games, which will kick off at noon on Saturdays during the season. CBS gets a handful of games next year and then a bigger slate of 3:30PM games starting in 2024, all of which will also stream on Paramount. Night games will be on NBC and Peacock, and there will be eight games throughout the season exclusively on Peacock. ESPN, which for years was the main broadcast partner of the Big Ten, will no longer have games — it’s focusing on the SEC and NFL instead.

The Big Ten would love for you to believe this is a simple, straightforward setup designed with the fans in mind. “Our fans around the world will know that, from a Big Ten standpoint, we’ll kick off the day on Fox with their Big Noon show, and then we’ll roll right into all nationally televised games,” commissioner Kevin Warren said to The Athletic about the deal. “We’ll roll (from Fox at noon) to a game on national TV with CBS at 3:30, which is a critical time period. And then, we’ll go right into primetime with NBC.”

What the deal actually is, is a giant bet on the ongoing primacy of cable TV. If you’re a cable subscriber, Warren isn’t wrong; it would certainly be a better viewing experience if all the games were on a single network, and you could as a result get all the highlights and streams from a single place, but it’s easy enough to flip between your broadcast channels.

As soon as you get into the details, though, watching Big Ten football seems like it’s going to require a Charlie Kelly-style wall of yarn and chaos. Fox will get the Big Ten title game in odd years, while CBS gets it in even years — except for one year when NBC will have it instead. There’s also the Big Ten Network, which has a bunch of its own games and which you’ll likely have to pay for separately.

If you want to watch the game on the go, you’ll either have to sign in to the CBS app with your cable credentials or Paramount Plus with a separate login to watch CBS games. Same for the NBC app and Peacock. In Fox’s case, unless you have a TV provider login, there’s no streaming option to speak of. The only way to truly watch all Big Ten football is to have both a cable account and several streaming services, which is a big ask even of the most tenacious fans.

Even as the world shifts toward streaming, linear TV is still where the money is. And you can’t fault the Big Ten for chasing the money — but did it have to do so this chaotically? And let’s not even talk about the basketball arrangement, which basically apportions a random selection of regular season and tournament games to each network so that every time you want to watch basketball you’ll have to check several apps and channels just to see where it is.

Sports rights will drive the future of TV in so many ways. And for anyone hoping that every new rights deal might push things toward streaming, toward fan service, and toward a schedule that makes anything resembling sense, well, good luck with that. And hope Apple’s deal to reinvent MLS broadcasts turns into something great.