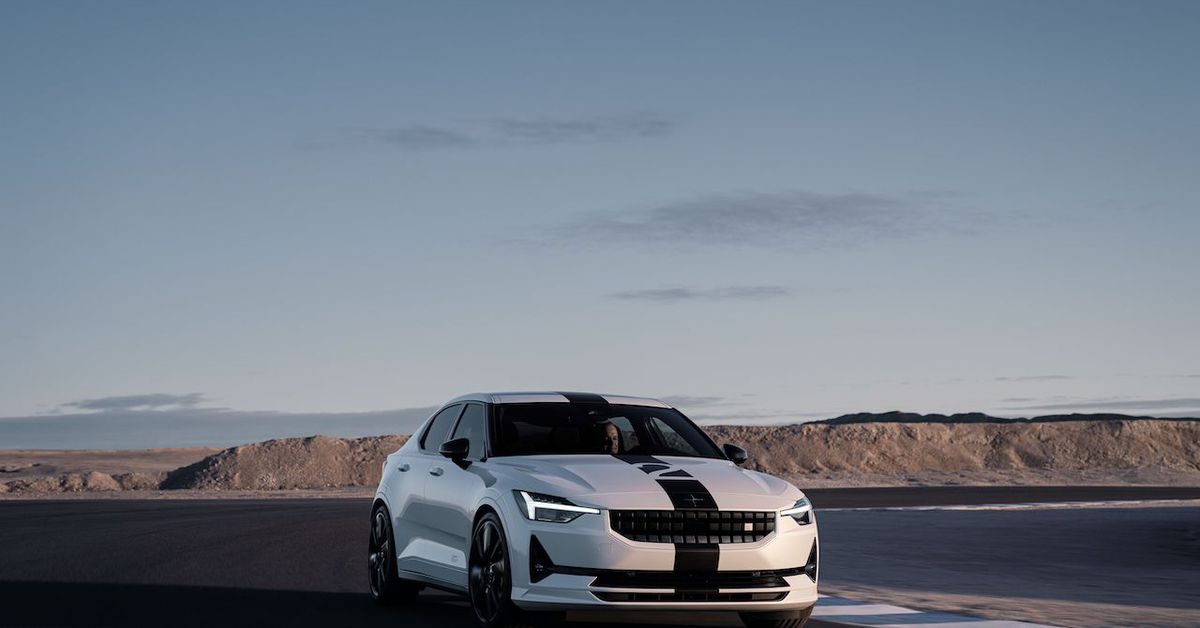 The Swedish EV maker announced plans to make and sell 270 units of the 476-horsepower fastback sedans, with 47 of those vehicles intended for the US market. The Polestar 2 “BST edition 270,” named for the number of vehicles that will be built, will be available exclusively in Europe, China, and North America.

The modified Polestar 2 features a dual-motor configuration that’s been tuned to pump out 476 horsepower, compared to 408 horsepower in the production version. The vehicle’s stance has also been widened by 10 millimeters on both sides, and the ride height was lowered by 2mm to improve its track handling.

It’s even carried over a few features from Polestar’s first vehicle, the defunct plug-in hybrid Polestar 1, including 9 x 21 inch wheels and 275/30R21 Pirelli PZero Rosso performance tires. But, while the Goodwood version featured 6-piston Akebono front brakes, this version will include the standard 4-piston Brembo brakes.

The available exterior colors are Thunder or Snow (which sound like different shades of white, but what do we know). You can even request a center matte black racing stripe if you really want to go for the full experience.

The Polestar 2 BST edition 270 will start production in mid-2022, with deliveries planned for the fourth quarter of the year. Interested buyers can join the waiting list at Polestar’s website, and the lucky few who get picked will go through a “personalized sales process.”

Polestar, which started out as the performance sub-brand of Volvo, has emerged as one of the more interesting EV companies on the market in recent years. The company — which is jointly owned by Volvo and Volvo’s parent company, Geely — recently announced plans to go public by merging with a special purpose acquisition company, or SPAC. That merger is expected to close “in the first half of 2022,” after which Polestar will be a publicly traded company.