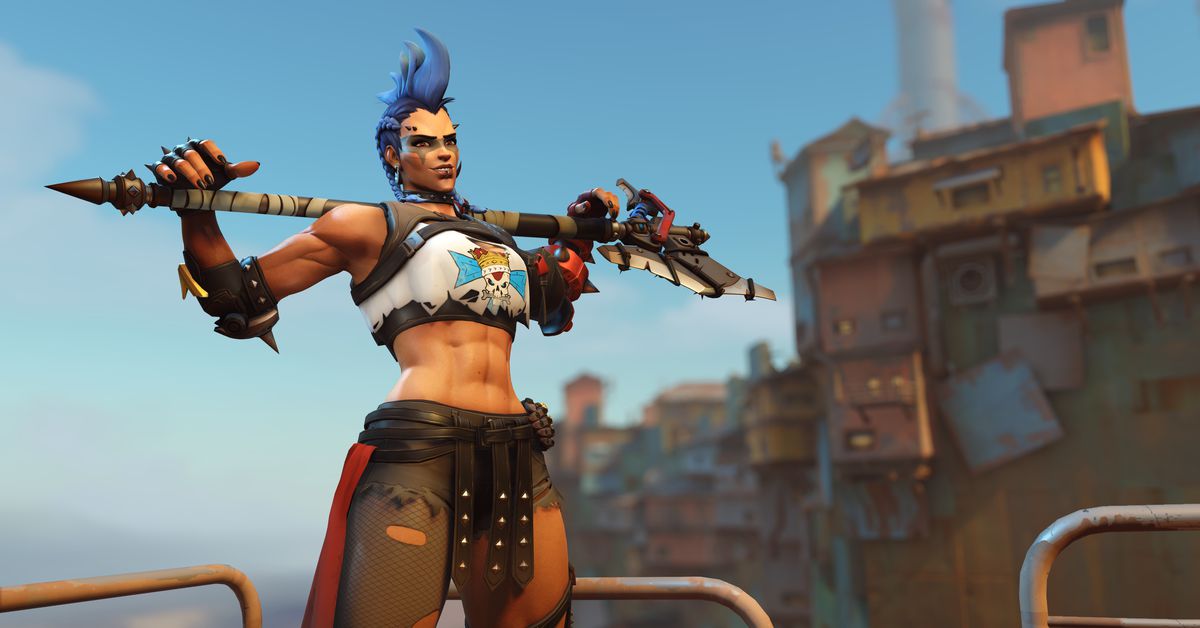 Overwatch 2 will be launching “in early access” on October 4th, Activision Blizzard announced Sunday. At least the PVP parts of it will be. And in a major change, it will be free to play — the original Overwatch was a paid title. It will be releasing on PC, Xbox Series X / S, Xbox One, PS5, PS4, and Nintendo Switch.

“We can’t wait to roll out the beginning of the Overwatch 2 experience on October 4 and introduce an exciting new competitive vision, featuring amazing new content and a reimagining of the iconic heroes, maps, and gameplay that made the original game so compelling,” Mike Ybarra, president of Blizzard, said in a press release. “This is the beginning of an always-on and always-evolving era for the franchise, and a recommitment to serving players with frequent and substantial updates planned well into the future to keep Overwatch 2 fresh and fun for many years to come.”

Blizzard also introduced the second new hero for Overwatch 2, Junker Queen, which the company describes as “a high-mobility and railgun-wielding former Overwatch captain with cybernetic capabilities.”

The company plans to share more about Overwatch 2 in a “reveal event” livestream that takes place in just a few days — you can watch it on June 16th at 1PM ET.

Blizzard first announced Overwatch 2 in 2019, but it really only began showing the game in earnest over the past few months, including with a closed beta. The company has split the development of the PVP and PVE parts of the game. While the PVP element will be available October 4, we still don’t know when the PVE portion will be available.

Microsoft is set to acquire Activision Blizzard in a deal worth nearly $70 billion, though the acquisition isn’t expected to close until Microsoft’s fiscal year 2023, which begins in July.