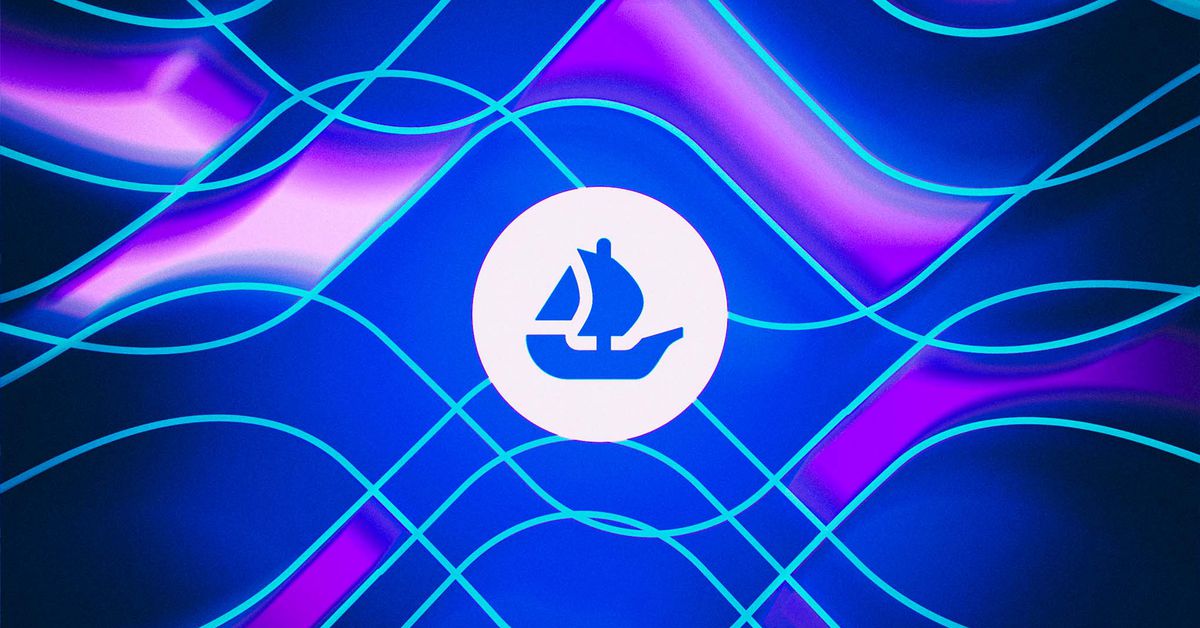 OpenSea is announcing that users buying and selling non-fungible tokens (NFTs) on its platform could see fees drop by around 35 percent. This is thanks to the fact that the company is upgrading the protocol that underpins its marketplace, migrating to a platform called Seaport to handle its transactions. Offering lower gas fees may be a way for OpenSea to differentiate itself from the other NFT marketplaces that are competing with it (though not always successfully). The change does, however, come at a rough time in the crypto market overall.

Seaport is an open-source project OpenSea announced last month, and the company says it’s significantly more efficient than its old system when it comes to dealing with the blockchain. (The Seaport announcement contains a few technical details about why that is, if you’re interested.) According to OpenSea, first-time sellers will no longer have to pay the initialization fee, which I’ve seen range from $50 to $450. That’s in addition to the reduction in transaction fees.

The fees that are being eliminated or reduced are called gas fees, which OpenSea neither controls nor profits from. Instead, they’re a cost of activity on blockchains like Ethereum or Polygon. The crypto you pay in gas fees goes to the miners that are responsible for making sure that your data ends up on the blockchain. The more data you want to write or the more actions you want to take, the more gas you’ll have to pay for. How much that gas costs depends mostly on how busy the blockchain is; the more people trying to pay for transactions, the more you’ll have to offer to make sure your transaction is the one that gets carried out.

What that looks like for NFT marketplaces is that users end up paying more for an NFT than just the sale price. While that’s still the case, those fees should at least be less expensive. As I’m writing this, the gas fee to buy an NFT on the Ethereum blockchain using OpenSea is around $10, according to Functor Labs’ calculator site. Again, though, that number varies on a number of factors, including the price of Ethereum (which has been dropping throughout the week — more on that in a second).

OpenSea does say that the lower gas costs won’t be immediately universal. It notes that sellers will have to pay a one-time fee for each collection they approve to use the new protocol if they want fewer fees when selling or transferring NFTs within that collection. (Collections are how you group the NFTs you’re selling — for example, the Bored Ape Yacht Club NFTs are all in a single collection.) For the sellers who have all their NFTs in a single collection, that may not be a huge deal; but for those with dozens of collections, it could get costly.

OpenSea also promises the migration will bring new features alongside the reduced fees. Buyers will now be able to make offers on an entire collection of NFTs, and the marketplace will have something called “trait offers” that lets you bid for every NFT in a collection with a certain attribute. For example, I could put a trait offer in for every Bored Ape with pink fur. OpenSea says that this will only be available for “the top 100 collections” that use static attributes for now.

The company hopes that the upgrade to Seaport will let it introduce other features at a faster pace. The big question now is whether the new features it comes up with or the lower fees will be enough to drum up more interest in NFTs. As the crypto market in general is losing value, NFT sales have slumped at OpenSea and other marketplaces. While gas fees likely didn’t help, it’s hard to imagine that they’re the root cause for people starting to lose interest in NFTs.