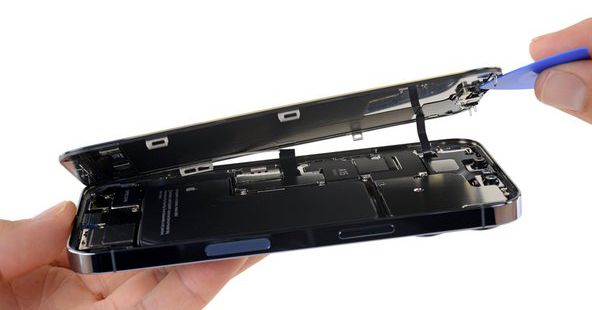 The New York state legislature has passed the United States’ first Right to Repair bill covering electronics. Called the Digital Fair Repair Act, the measure would require all manufacturers who sell “digital electronic products” within state borders to make tools, parts, and instructions for repair available to both consumers and independent shops.

Having passed the legislature, it is awaiting signature by Governor Kathy Hochul, who is expected to support the measure. The measure will take effect one year after it passes into law.

Self-repair groups like iFixit have applauded the ruling, calling it “one giant leap for repairkind” in a blog post following the announcement.

“The passage of this bill means that repairs should become less expensive and more comprehensive: People who want to fix their own stuff can,” the post reads. “Where before, manufacturers could push consumers to use manufacturer-authorized shops, now they’ll have to compete.”

The move comes after sustained federal pressure to enforce consumers’ rights to repair and refurbish their purchased goods. Last year, President Biden issued an executive order calling on the Federal Trade Commission (FTC) to enforce repair rights, a move that was applauded by the incoming majority commissioners.

New York isn’t the first state to pass a Right to Repair bill, but it’s the first such bill to apply to electronics broadly. A previous Massachusetts law focused on automobile data, and earlier this year Colorado passed a bill ensuring repair rights for powered wheelchairs. The language of the New York bill does include exceptions for home appliances, medical devices, and agricultural equipment — the last of which has been a particular flash point for advocates.

Still, the law is likely to have an impact far beyond the borders of New York State. Now that manufacturers selling goods in New York are required to make repair manuals available, it’s likely those manuals will quickly become available around the world. More invasive software measures will also become impractical, which could lead to broad changes in how electronics are designed and maintained.