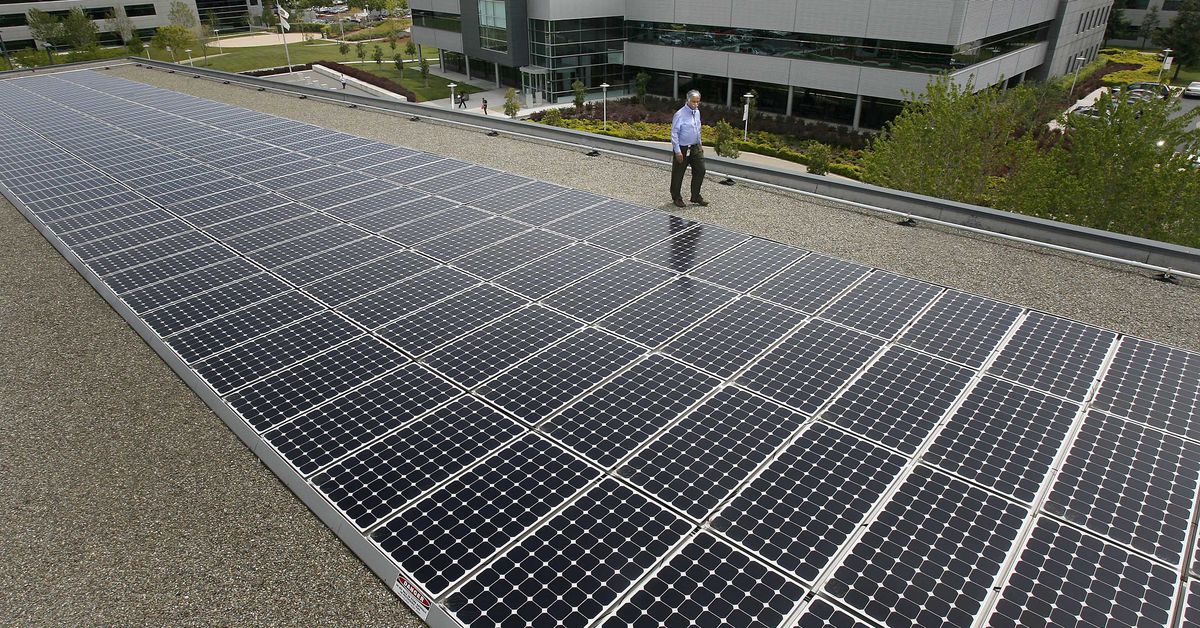 Even though more companies than ever are proclaiming that they’re powered by renewable energy, those claims are usually exaggerated, new research shows. That disconnect between a company’s claims and realitycould jeopardize global efforts to stop climate change.

The problem stems from companies’ reliance on Renewable Energy Certificates (RECs) to back up their green claims. A company receives a REC by paying to support renewable energy projects around the world. When brands say that they’re powering their business with 100 percent renewable energy, they’re typically still using electricity generated by fossil fuels; they’re just buying up renewable energy certificates to try to cancel out the environmental impact of their energy use.

“Too many consumers, media, even investors might actually think that the company is physically using 100 percent renewables. And that is just not the case,” says Anders Bjørn, a postdoctoral fellow at Concordia University and the lead author of a study published today in the journal Nature Climate Change.

While RECs have become a staple in corporate sustainability commitments, evidence is piling up that they’re not as beneficial to the planet as companies might hope they are. Bjørn and his colleagues looked at 115 companies across a broad range of industries — including Microsoft, Ford, and Best Buy — with plans to rein in their greenhouse gas emissions. Combined, the companies reported reducing planet-heating pollution from their electricity by over 30 percent between 2015 and 2019. But that figure is overblown, Bjørn and his colleagues found. In reality, their research shows that companies only cut their emissions by about 10 percent.

That’s a big discrepancy, and the culprit behind that mismatch is the REC.RECs come into play because customers can’t really tell where their energy is coming from when they plug into the grid. It might come from a gas power plant or a wind farm, but it all gets lumped together on the grid. RECs then, represent a company’s financial support for renewable energy projects.

That’s a big problem because it’s the additional renewable energy production that can balance out corporate emissions. If they’re not bringing more renewable energy online, companies aren’t really offsetting the negative impact their electricity use has on the environment. But, on paper, companies still use RECs to write off emissions from electricity use — even if those RECs didn’t really reduce pollution. (For a deep dive into this messy, complex system, check out this story.)

“What we can see in our study is that companies in most cases are buying certificates that are not doing much, if anything, for the climate, whether they know it or not,” Bjørn says. To come to that conclusion, he and his colleagues looked at company disclosures on their emissions and electricity use. They saw that two-thirds of the emissions reductions companies claimed were tied to RECs were unlikely to have brought more renewable energy to the grid or lowered greenhouse gas emissions.

Given all those drawbacks, there are efforts to change the way companies buy into renewable energy. Instead of buying random RECs, many companies have begun to put their money into what are called Power Purchase Agreements (PPAs). It’s a deal they strike with a project developer to build out more renewable energy capacity — say, a new wind or solar farm. The company might agree to purchase a certain amount of renewable energy from the project itself, or the aim might be to get more of that energy onto the power grid. Those Power Purchase Agreements also generate RECs, which the authors of the new study considered valid representations of real-world emissions reductions.

Those kinds of agreements are popular with Big Tech companies, which have the deep pocketsto land PPAs. Over half of the power purchase agreements for clean energy in 2021 were signed by tech giants, according to a BloombergNEF analysis, including Amazon, Microsoft, Meta, and Google.

There are other efforts to make it so that companies’ sustainability plans are actually helping to drive more renewable energy. Microsoft and Google, for example, recently launched similar plans to procure renewable energy or match their electricity use with RECs on a 24/7 basis. Looking at their energy use hourly, instead of aggregated for the whole year, is supposed to push grids where the companies operate to bring more clean energy online and drive innovation to solve one of the big challenges with renewables: having enough energy storage or backup sources of clean energy for times when the sun doesn’t shine and the wind doesn’t blow.

Even though renewable energy has taken off, it’s not growing fast enough to avert climate crises. Bjørn hopes his new research will help companies and policymakers get their act together when it comes to setting a higher standard for proposed climate solutions like RECs. “Companies can only do so much on a voluntary basis.” Bjørn says. “I think we need new policies to actually reduce emissions, rather than just assuming that companies will do it by themselves.”