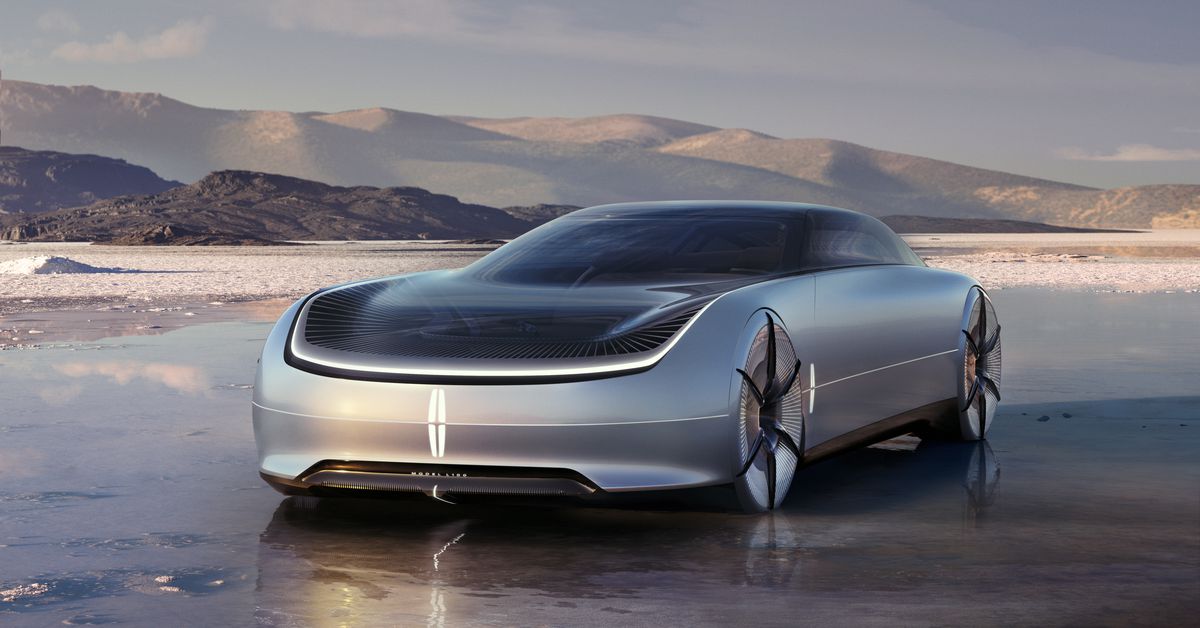 Lincoln is celebrating its 100-year anniversary with the release of the L100, a concept car that harkens back to the automaker’s legacy while also looking ahead to a future where pesky controls like steering wheels may no longer be needed.

The L100 has all the hallmarks of a 21st-century concept car: sleek, futuristic design; gull-wing doors; a sparse interior that’s meant to underscore a generically autonomous capability; and a whole lot of glass. Naturally, the vehicle is not intended for production or sale but is intended to signal at a possible design direction for Lincoln’s future lineup.

“Concept vehicles allow us to reimagine and illustrate how new experiences can come to life with the help of advanced technologies and allow our designers more creative freedom than ever before,” said Anthony Lo, chief design officer for Lincoln’s parent company, Ford, in a statement.

Lincoln said the L100 is intended to pay homage to the automaker’s first luxury vehicle, the 1922 Model L. Of course, the concept looks almost nothing like its 100-year-old forebear. The L100 is a sleek fastback with nearly 360 degrees of glass encircling the cockpit. Lincoln’s badging, which appears similar to the automaker’s Star concept announced earlier this year, appears as an illuminated display on the front of the vehicle.

The doors don’t do normal door things but instead open outwardly in a reverse-hinged style that, to my knowledge, has yet to be attempted in the auto industry. The glass roof also opens in the same direction, which I suppose would be helpful if you are a very tall person who has trouble getting in and out of your vehicle.

Inside, you’ve got a luxurious lounge-like living space that distinguishes itself by the absence of traditional controls, like a steering wheel or pedals. In the place of a steering wheel, it has a “jewel-inspired chess piece controller that captures light and depth by redefining the vehicle controls inside the cabin.” So, basically, this is a concept car that runs on vibes.

Not really! It’s assumed that the L100 is an electric car, though Lincoln declined to provide performance specs, like battery capacity or range — which makes sense since this is a concept car that doesn’t appear to be anywhere close to production ready.

Lincoln plans on releasing three new fully electric vehicles by 2025 and a fourth by 2026. The company had hoped to work with buzzy EV startup Rivian on an electric SUV, but that plan was thrown off by the pandemic.