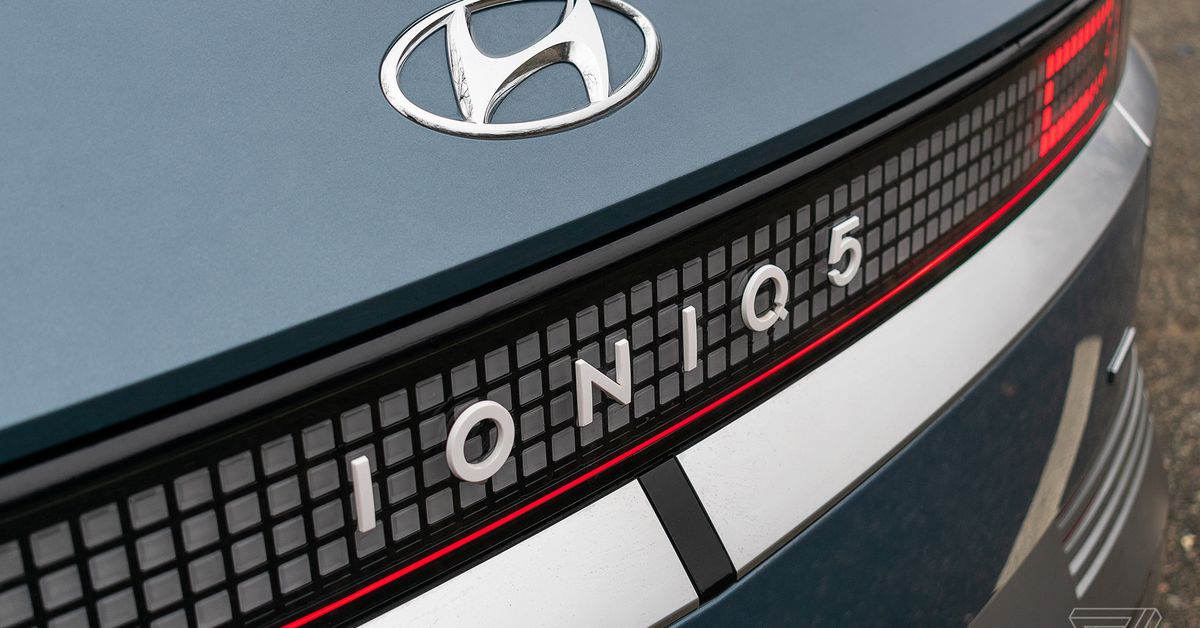 The auto industry is still processing the new and confusing electric vehicle credits signed into law by President Joe Biden as part of the Inflation Reduction Act of 2022. Foreign automakers, in particular, are scrambling to find some loophole through the new rules that would seem to disqualify the vast majority of their EV fleets, while others are speeding up plans to build new factories in the US.

EVs built outside North America are not eligible for the $7,500 tax credit. The law also includes provisions aimed at preventing use of battery components or critical minerals derived from China, which currently controls around three-fourths of the global battery market.

Two South Korean automakers — Hyundai and its affiliate, Kia — are threatening legal action over the massive climate and energy bill. The two companies have the second-highest share of the EV market in the US, but they do not currently produce any EVs in the US, Canada, or Mexico.

According to the Financial Times, Chung Eui-sun, the billionaire scion of Hyundai’s founding family and the chair of the Hyundai Group, flew to Washington, DC, this week on an “urgent trade mission” to urge lawmakers to reconsider the law’s strict manufacturing and supply chain requirements. And South Korean Foreign Minister Park Jin leaned on US Secretary of State Antony Blinken in a call this week to make some allowances for foreign-made EVs, according to The Korea Times.

Hyundai is planning on building a massive, $5.5 billion car manufacturing plant near Savannah, Georgia, but likely won’t reach volume production until 2025 — meaning the automaker would not be eligible for the tax credit until then.

Meanwhile, the European Union is claiming the law could violate the World Trade Organization’s rules barring discrimination between trading partners. “We think it’s discriminatory, that it is discriminating against foreign producers in relation to US producers,” said European Commission spokesperson Miriam Garcia Ferrer, according to CNBC. “Of course this would mean that it would be incompatible with the WTO.”

Even domestic automakers are struggling to ensure their own EVs won’t lose their tax credit eligibility by using batteries with materials mostly sourced from China. “We are working overtime to localize our supply chains and ramp up production,” said Chris Smith, chief government affairs officer at Ford, according to Auto News.

Other companies are speeding up their own plans to make EVs in the US. Earlier this week, Mercedes-Benz announced it had kicked off production of the 2023 EQS SUV at its factory in Tuscaloosa, Alabama, using batteries supplied by a battery factory in Bibb County. And Volkswagen just started producing the 2023 ID.4 electric crossover at its factory in Chattanooga, Tennessee.

So far, the auto industry has invested more than $38 billion through 2026 to bring battery production to the US, according to AlixPartners. Major projects include Panasonic’s $4 billion battery plant in Kansas, which is slated to be one of the largest lithium-ion battery factories in the world, and Hyundai’s battery manufacturing facility in Georgia.

Of course, this was Senator Joe Manchin’s intention all along. The West Virginia Democrat, who was a key negotiator on the Inflation Reduction Act, has typically brushed aside concerns from foreign automakers about the law’s limitations.

“Tell [automakers] to get aggressive and make sure that we’re extracting in North America, we’re processing in North America, and we put a line on China,” Manchin told reporters earlier this month, according to Reuters. “I don’t believe that we should be building a transportation mode on the backs of foreign supply chains. I’m not going to do it.”

But other Democrats have suggested there may be some wiggle room. Michigan Senator Debbie Stabenow told Reuters that “conversations” are ongoing about the new rules. She also noted that the law includes billions of dollars in new loans and grants for auto and battery production in the US.