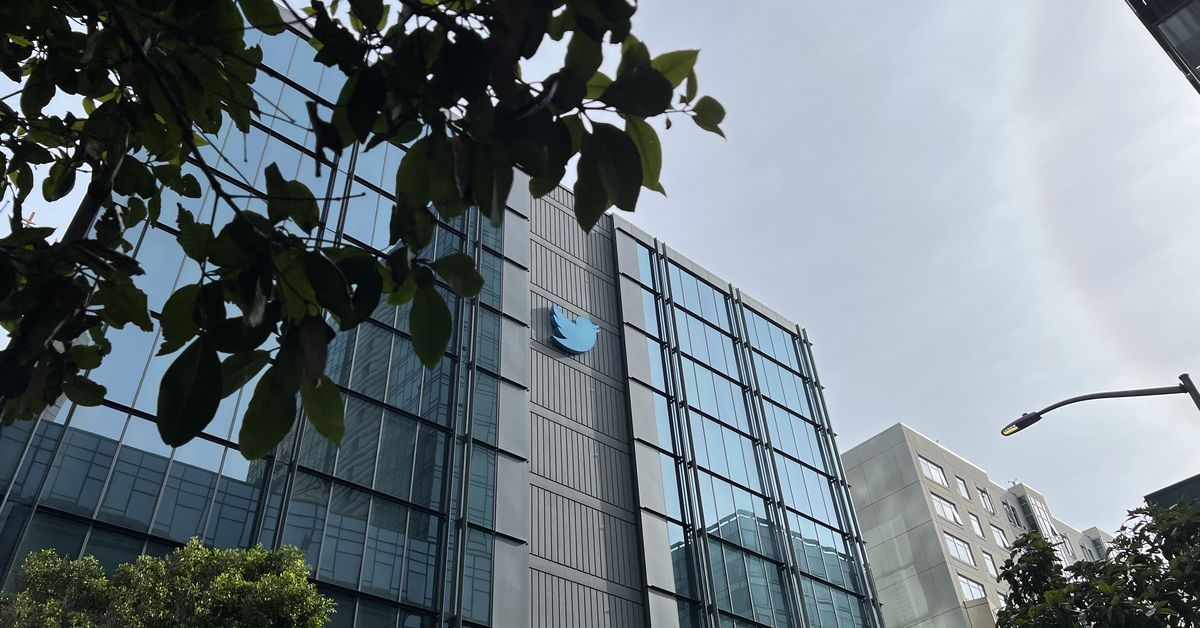 About half of Twitter’s 7,500 employees are now gone, with teams focused on trust and safety issues hit the hardest.

Elon Musk has now purged roughly half of Twitter’s 7,500 employee base, leaving whole teams totally or near completely gutted, including those tasked with defending against election misinformation ahead of the US midterms next week, The Verge has learned.

The areas of Twitter impacted the most by Musk’s cuts include its product trust and safety, policy, communications, tweet curation, ethical AI, data science, research, machine learning, social good, accessibility, and even certain core engineering teams, according to tweets by laid off employees and people familiar with the matter. More company leaders, including Arnaud Weber, VP of consumer product engineering, and Tony Haile, a senior director of product overseeing Twitter’s work with news publishers, have also been laid off following Musk’s firings of Twitter’s senior leadership last week.

Given the sweeping nature of Musk’s layoffs and his mandate to cut costs in areas like cloud hosting, employees who remain at Twitter told The Verge that they expect the company to have a hard time maintaining critical infrastructure in the short term. “Shit is gonna start breaking,” said one current employee who requested anonymity to speak without the company’s permission, while another called management’s layoff process “an absolute shit show.”

Musk’s cuts began Thursday evening, shortly after an unsigned memo was sent internally confirming the company would “go through the difficult process of reducing our global workforce.” Impacted employees quickly realized they were locked out of their work accounts well before they were notified of their job status by another unsigned email titled “Your Role at Twitter.”

According to emails sent to laid off employees and an internal FAQ obtained by The Verge, those impacted will continue to be paid and receive benefits until dates that appear to match the length of the mass layoff notice required by US federal and state law. If they sign a “Release of All Claims” document and separation agreement, all US employees will then receive one month of base pay as severance that is taxed at the higher supplemental income rate.

Meanwhile, employees in other countries have been notified that their roles have been “identified as potentially impacted or at risk of redundancy” and that they should continue to abide by company policies until more information is shared. The employee FAQ says that “roughly 50% of the workforce will be impacted” by the layoffs, confirming a discussion that was accidentally made visible inside Twitter’s Slack two days ago.

Employees who weren’t laid off on Friday received a separate email to their work addresses saying that the company’s internal directory, Birdhouse, and office badge access would be shut off until Monday, November 7th. Before Birdhouse was shut off, Musk had nearly 90 direct reports listed, according to screenshots seen by The Verge.

“Throughout the last week, Elon has spent time with a number of employees, customers, partners, policymakers and Twitter users,” the unsigned email to remaining employees reads, according to a copy you can read in full at the bottom of this story. “He is looking forward to communicating with everyone about his vision for the company soon.”

According to Musk’s merger agreement with Twitter and an internal employee FAQ from October seen by The Verge, he agreed to pay terminated employees with severance that would at least match what Twitter offered prior to the deal closing. The FAQ says that Twitter’s severance package before Musk’s acquisition was two months of base salary, or “on target earnings” for sales employees on incentive plans, along with an employee’s performance bonus paid “at target,” a cash contribution for health care, and the cash value of equity that “would have vested within three months from the separation date.”

Some Twitter employees have already filed a lawsuit against the company claiming that the company violated the Worker Adjustment and Retraining Notification Act (WARN) and California’s WARN Act, which requires that companies give at least 60 days of notice before a mass firing. Others told The Verge they are consulting their lawyers about the discrepancy between Musk’s one-month of severance and what he agreed to pay before the merger.

Twitter didn’t have a comment for this story by press time. The company’s communications department is almost entirely gone as of Friday.

Here’s the full email Twitter employees who survived the layoffs received on Friday:

Thank you for your patience through this transition and for your commitment to the important work you do at Twitter. We are sending this email to confirm that your employment is not impacted by today’s workforce reduction.

Throughout the last week, Elon has spent time with a number of employees, customers, partners, policymakers and Twitter users. He is looking forward to communicating with everyone about his vision for the company soon.

We know you likely have a number of questions and we will have more information to share next week. In the meantime, please note that until Monday, Birdhouse is temporarily offline, our office buildings are temporarily closed and all badge access is temporarily suspended. Offices will reopen on Monday, Nov. 7th.

Thank you for continuing to demonstrate respect for impacted colleagues as we navigate these changes. As a reminder, we expect you to continue to comply with company policy by refraining from discussing confidential company information on social media, with the press or elsewhere.

We look forward to working with you on Twitter’s exciting future.

Do you know more about what’s going on inside Twitter? If so, I’d love to chat confidentially. You can reach me via email: alex.heath@theverge.com or through the contact form on my Linktree. Then we can set up a secure thread on Signal.