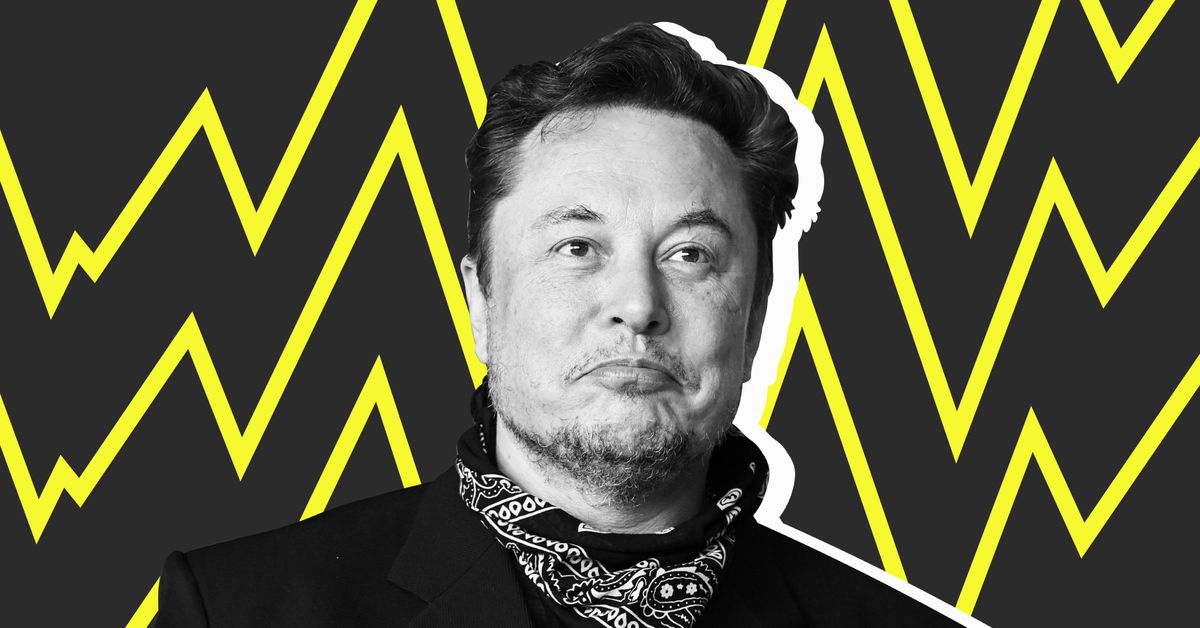 Elon Musk appeared at a virtual town hall for Twitter employees on Thursday to answer their questions, and by the end of the session one question loomed larger than most: can you really run Twitter off the top of your head?

Over 60 or so freewheeling minutes, the world’s richest man fielded queries over remote work, layoffs, content moderation, and other questions of pressing interest to Twitter’s roughly 8,000 employees. Time and again, he offered workers hungry for concrete answers a jumble of sentence fragments.

Will Twitter’s mostly remote workforce be able to continue working from home? Maybe, if they’re “excellent,” Musk said, according to Bloomberg’s live blog. But it’s “much better if you are on location physically,” he said, according to the New York Times’ Mike Isaac.

What sort of content moderation policies will he support? “We should allow people to say what they want,” he said. But “it’s important to make Twitter as attractive as possible,” Musk said, according to Insider’s Kali Hays and Hugh Langley. “Really, that means not showing people content that they would find offensive. Or even frankly, boring, is not good. TikTok does a great job of making sure you’re not bored.”

What should Twitter become? A Chinese-style super app, like WeChat, he said. But also “entertaining,” like TikTok. But also payments, and also subscriptions. Somewhere in this hodgepodge of half-baked ideas, Musk said, is the recipe for Twitter to attract 1 billion users — about 770 million more than it has today.

I talked to a half-dozen or so employees after the meeting. Reactions were mixed but mostly negative. Musk won some points for sounding genuinely enthusiastic about the prospect of owning and running Twitter, which had been in question since he began his war of attrition against the company’s board in an effort to renege on the $44 billion deal.

Mostly, though, employees told me that the conversation had reinforced the beliefs they had about Musk heading into the meeting. If I were to make a word cloud of employee responses, some bigger ones would be: incoherent; rambling; uninspiring.

(Also at one point Musk mentioned that he has seen no evidence of alien life, and no one really knew what to make of that.)

The people I spoke with know what it takes to run Twitter, having done so themselves for many years. And it was jarring, they said, to hear someone speak with so much confidence about a company that at best Musk is only beginning to understand.

Indeed, given the shallow nature of his thinking, it’s worth considering that the hour Musk spent with employees today might have been the longest sustained period he has thought about what it will mean to run Twitter since he bought it.

Questions selected for Musk to answer Thursday were notably non-threatening. No one was allowed to ask about his criticism of current Twitter executives, or of his efforts to blow up the deal he signed, or of the recent harassment allegations against him. He did get a question about potential layoffs, which he dodged, although he noted that Twitter is losing money and said “that’s not a great situation.” (Analysts believe Musk will likely cut about 20 percent of Twitter’s workforce.)

And as employees continue to wonder what the acquisition will mean for them, Musk offered bong-rip platitudes about the future of civilization. “I want Twitter to contribute to a better, long-lasting civilization where we better understand the nature of reality,” he said.

If there was any hint of Musk’s intended management style embedded in all this, it came as part of an answer to whether he would take the title of CEO upon the deal’s close. Musk takes a mischievous approach to corporate titles — he is the “Techno King” of Tesla, and his chief financial officer is “master of coin” — and so the question was more than fair.

And Musk’s answer was telling. From Insider again:

Regardless of his title, Musk does want to “drive the product in a particular direction” and intends to lead improvement on the platform’s software, product, and design.

“I don’t mind doing other things related to operating a company, but there are chores,” he said. “I really just want to make sure that the product evolves rapidly and in a good way. I don’t really care what title is, but obviously, people do need to listen to me.”

I read Musk here to say: running a company as CEO requires that you pay a lot of attention to the details, which I have no interest in doing. But I will still make a lot of pronouncements about what the product should be, and — “obviously”! — “people do need to listen to me.”

I found this interesting because, if you talk to people who have worked directly with Musk at Tesla, this is exactly how he runs that company, too. Musk sets priorities, often based seemingly on little more than a whim, and the details and any technological breakthroughs that might be required to achieve them are left to his work force.

And so while one way of looking at Musk’s answers to Twitter employees today is that they are under-baked, it may be worth considering that this is as baked as some of them will ever get. “Figure out payments,” “make it more like TikTok,” “add 770 million users” — these seem to me like the sort of instructions that Musk’s new head of product might be given on day one. And whichever employees remain at their desks will be charged with making it so.

There are historical analogs for this kind of leadership — Steve Jobs is the obvious one — but there’s a reason why it’s relatively rare. Even-keeled, detail-oriented founders tend to outperform charismatic shamans in the long run, in part because they’re so much easier to work with. That’s good for recruitment, retention, and innovation.

And I think that’s even truer today than it was 20 years ago — it’s hard to imagine Jobs’ reputation surviving the Slack screenshot era. (“Personally I find it very disappointing that our CEO continues to park in spaces reserved for employees with disabilities”; 800 reactions; 900 reactions, etc.)

For years now, the easy rebuttal to this criticism of Musk has been the success of Tesla. And indeed, in many ways the company is a marvel, selling as many cars as it can manufacture to the most satisfied customers in the entire auto industry.

But when I look at the growing number of investigations into its Autopilot assisted-driving software, I see the consequences of Musk’s “you figure it out” leadership. Musk makes the promise — full self driving! Coming this year! — and engineers scramble to make it a reality. And if they can’t, who will be brave enough to tell the Techno King? Might it not be easier to just ship it and deal with the consequences later?

But there are signs that this, too, is starting to fracture. On Thursday The Verge’s Loren Grush reported that employees at another Musk company, SpaceX, sent an open letter to their leadership denouncing Musk’s recent behavior. Grush writes:

The letter, reviewed by The Verge, describes how Musk’s actions and the recent allegations of sexual harassment against him are negatively affecting SpaceX’s reputation. […]

“Elon’s behavior in the public sphere is a frequent source of distraction and embarrassment for us, particularly in recent weeks,” the letter states. “As our CEO and most prominent spokesperson, Elon is seen as the face of SpaceX — every Tweet that Elon sends is a de facto public statement by the company. It is critical to make clear to our teams and to our potential talent pool that his messaging does not reflect our work, our mission, or our values.”

The sheer force of Musk’s personality has carried him a long way. But watching him stretch himself across ever more companies, while continuing to sow chaos via tweets, you wonder how long the act can go on. Tesla stock was down 8.5 percent on Thursday; it’s down 31 percent over the past six months. Even for a world’s richest man, the laws of gravity do occasionally apply.

Musk said he’ll be back for an encore Q&A with Twitter employees, and I’m sure they can’t wait. (“When he turned off his video at the end of the Q&A, his avatar appeared to be two hands in the shape of the number 69, an apparent reference to a sex position,” noted Reuters’ Sheila Dang.)

The employees I spoke with say they are doing their best to stay focused on work. Musk, no doubt, is focused on lowering the deal price. The future of Twitter hangs in the balance, and no one is less worried about it than Elon Musk. He has his whims, and they will be enough for now.