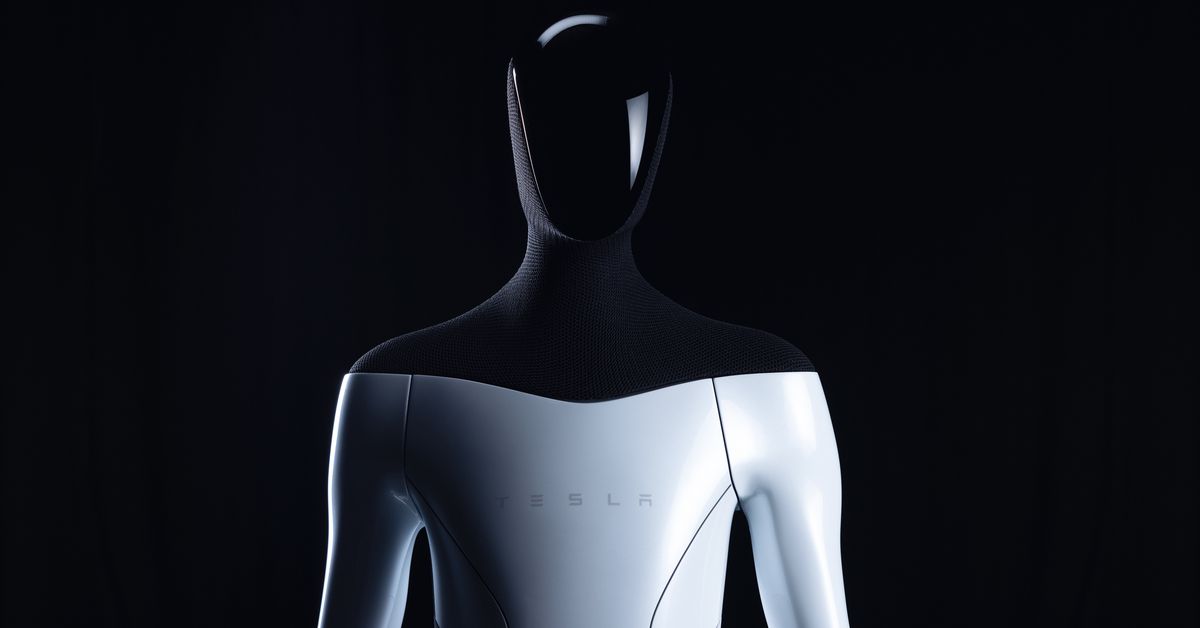 In a tweet that is definitely not meant to distract from the news that he’s planning on laying off about 10 percent of his workforce, Tesla CEO Elon Musk said that he was shifting the company’s “AI Day” event from August to September in anticipation of being able to show off a “working” Optimus prototype.

You’ll recall that Optimus is the name given to the humanoid robot that Musk said will take on the repetitive, boring tasks that humans are loath to do. The robot was revealed during Tesla’s last AI day in August 2021, and as with all things Musk, it’s difficult to parse the reality from the smokescreen of bullshit he tends to throw out. After promising to reveal a working prototype sometime in 2022, the evening was capped by a person in a spandex robot costume taking the stage and doing an extremely awkward dance.

Tesla’s history is littered with fanciful ideas that never panned out, like a solar-powered Supercharger network, battery swapping, robotic snake-style chargers, city-to-city rocket travel, or a self-driving car you could summon from across the country.

Musk is very good at generating headlines, especially when there’s bad news from which to distract. His move to buy Twitter is slowly unraveling, with federal regulators examining whether he broke the rules when he initially bought a 9 percent stake in the company. And lest we forget, Tesla is still under investigation for the tendency of its vehicles to crash into parked emergency vehicles while using the same AI software that will supposedly power this robot.

Sure, Musk does deliver on some of his promises. He makes cars, some of which can reliably handle some of the driving tasks, but not at the expense of the driver’s attention. He builds rockets that can land themselves and be reused. But a humanoid robot like what Musk is promising should be taken with a Mars-sized grain of salt.

Building a human-replacing robot is something no company on earth is close to achieving. Even Boston Dynamics, which makes one of the most advanced bipedal robots in the world, has never described its machines as anything other than experimental. Its Atlas robot still frequently trips and falls, despite over a decade of work.

If you think Musk is going to be able to leapfrog that work in a year, I’ve got some oceanfront property in Arizona you should really check out.