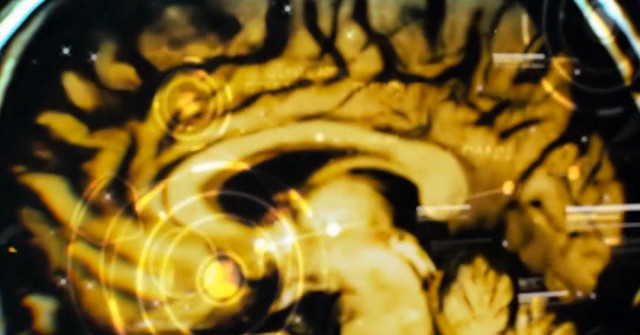 Pulsing electrical currents through the brain for 20 minutescan boost memory for older adults for at least a month, according to a new study.

Around 8 percent of people in the US get diagnosed with Alzheimer’s disease or dementia as they get older — significantly impairing their memory — and an even larger group of older adults has some degree of age-related memory loss. This new study is only a first look at a potential solution. But easy, quick treatments like this one could become even more important as the world’s population rapidly ages — especially if future research shows that it can help with more serious cognitive conditions.

The brain stimulation done in this study, published Monday in Nature Neuroscience, came from a swim cap-like device studded with electrodes positioned to deliver the electric current to specific areas of the brain. The research team was interested in two main areas: one that’s linked with working memory (which holds information temporarily and overlaps with short-term memory) and another linked with long-term memory.

The research team divided 60 participants between the ages of 65 and 88 into three groups: one group wore the device but didn’t get any electrical stimulation; the second received stimulation in the region associated with working memory; and the third received stimulation in the area associated with long-term memory. For four consecutive days, the participants received the treatment (or fake treatment) while performing a memory task where they were read a list of 20 words and asked to recall them. The researchers looked to see how often they remembered the words at the beginning of the list (long-term memory) and the end of the list (working memory).

Both working and long-term memory improved over the course of the four days, the study found. “We watched the memory improvements accumulate over time with each passing day,” said study author Robert Reinhart, a professor in the department of psychological and brain sciences at Boston University, during a press briefing. And participants still had improved memory one month later.

Unlike drugs and medications, which target the chemistry of the brain, this type of approach targets the brain’s electrical systems. The electrical stimulation likely helps improve the brain’s growth and change in areas that are important for memory, said study author Shrey Grover, a cognitive neuroscience researcher at Boston University, during the briefing. “Our brains are plastic and they can be changed as we learn,” he says.

People who had faster memory improvements during the four-day study had bigger boosts to their memory after one month, Reinhart said. And the people who had the biggest jumps were the ones who had the worst cognitive abilities before the study started.

Right now, the device used in the study is justan experimental tool. But it’s safe and has few side effects other than some itching and tingling — so if research continues to show that it’s useful for things like memory, it’s possible to imagine that it could be available to patients in a doctor’s office, Reinhart says.

The people in this study didn’t have specific disorders like Alzheimer’s disease, but the research team plans to keep testing this type of treatment in people with that condition. They’re also looking at other types of conditions that affect cognitive functioning, like schizophrenia or obsessive-compulsive disorder. There are dozens of potential applications for brain stimulation, Reinhart says.

“It’s a different approach to isolating and augmenting parts of the brain that serve certain functions — like how we perceive, and attend, and remember, and learn, and respond to information from our environment,” Reinhart says.