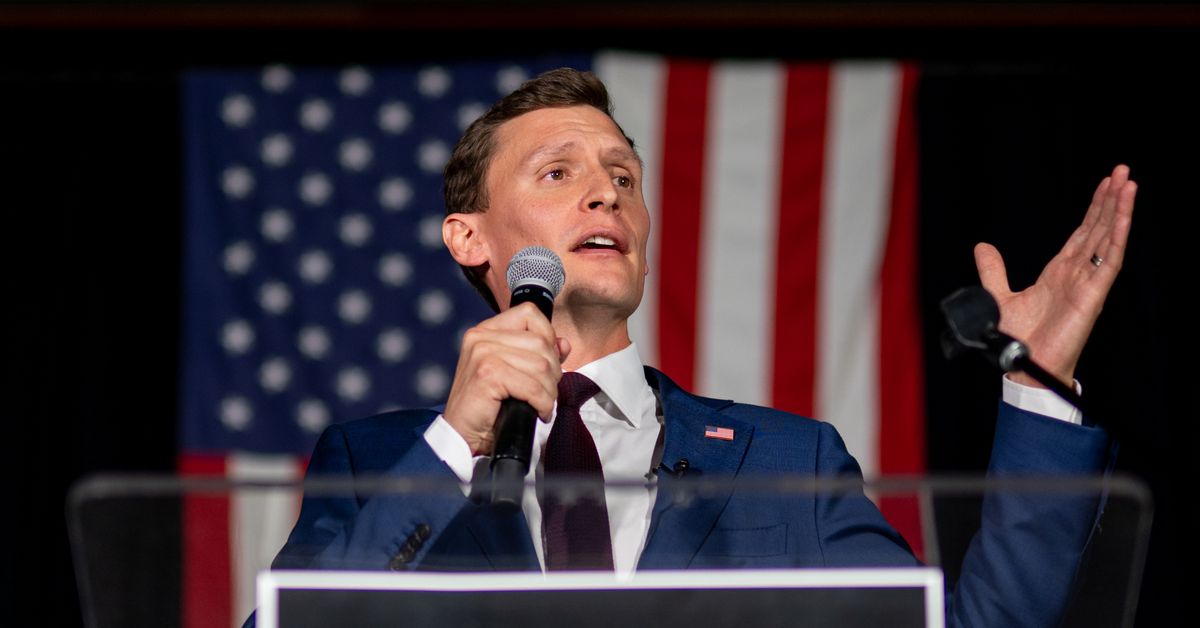 Bitcoin evangelist and Republican Senate hopeful Blake Masters has invested millions into a wide variety of cryptocurrencies. But according to recent financial filings viewed by The Verge, Masters’ own digital investments have seemingly tanked in value over this past year’s cryptocurrency crash.

Masters, protegé to billionaire tech investor Peter Thiel, disclosed a dozen different investments into different cryptocurrencies and platforms in a personal finance filing last week. As of August 15th, Masters owned between $600,000 and $1.2 million in Bitcoin alone, a dramatic decrease from the $1.1 to $5.2 million he touted in financial disclosures last year. Masters did not disclose any significant profits from his Bitcoin investment, suggesting a decrease in overall value rather than a potential sell-off.

Amongst Masters’ current holdings are investments in Bitcoin, Bitcoin Cash, Ethereum, Filecoin, Litecoin, and Tezos. Filecoin and Tezos were the only cryptocurrencies that Masters reported earning “interest” from this past year, claiming to have made between $1,001 to $2,500 each.

While some cryptocurrencies have started to stabilize and regain value since their June lows, Masters’ own Bitcoin declines are consistent with the broader crash in cryptocurrency prices over the past year. Bitcoin is still down 60 percent from August 2021, while Masters’ second-largest holding Ethereum has shed more than half of its market value (Masters’ Ethereum value range of $250,000-$500,000 did not change year over year).

Masters’ campaign did not confirm whether his assets had decreased in value but suggested to The Verge on Monday that he used his cryptocurrency investments to loan money to his campaign. Masters only reported between $100,001 and $250,000 in loans as part of his yearly filing last week. A spokesperson for his campaign did not immediately respond to clarifying questions from The Verge.

Masters also disclosed more than $300,000 in book royalties from Zero to One, the Silicon Valley startup guide the Trump-endorsed candidate co-wrote with Thiel in 2014.

Once a candidate formally announces that they’re seeking public office, they are required to file public financial disclosures for each year of their campaign. While the disclosures don’t require specific investment totals, candidates must provide an estimated range for the value of significant asset investments, including digital assets like cryptocurrency.

For Masters, who is running to unseat Sen. Mark Kelly (D) for Arizona, cryptocurrency proliferation and federal adoption has become a major part of his campaign platform. Right before the markets began to crash last fall, Masters tweeted that the US government should “buy a strategic reserve of Bitcoin,” likening it to “Fort Nakamoto” or “the new Fort Knox.” Masters has also offered NFTs to people who have contributed the maximum of $5,800 to his campaign and claims that his campaign accepts donations in Bitcoin.

In a May Fox Business interview with Maria Bartiromo, Masters suggested that Bitcoin’s caving value would only be temporary.

“It’s not like it’s only crypto that’s crashing, right? Unfortunately, everything is crashing,” Masters said in the interview. “But it’s true, crypto’s exceptionally volatile. I always tell people to only get involved, only buy Bitcoin if you’re ready to buckle up and weather the storm because this is the Wild West.”