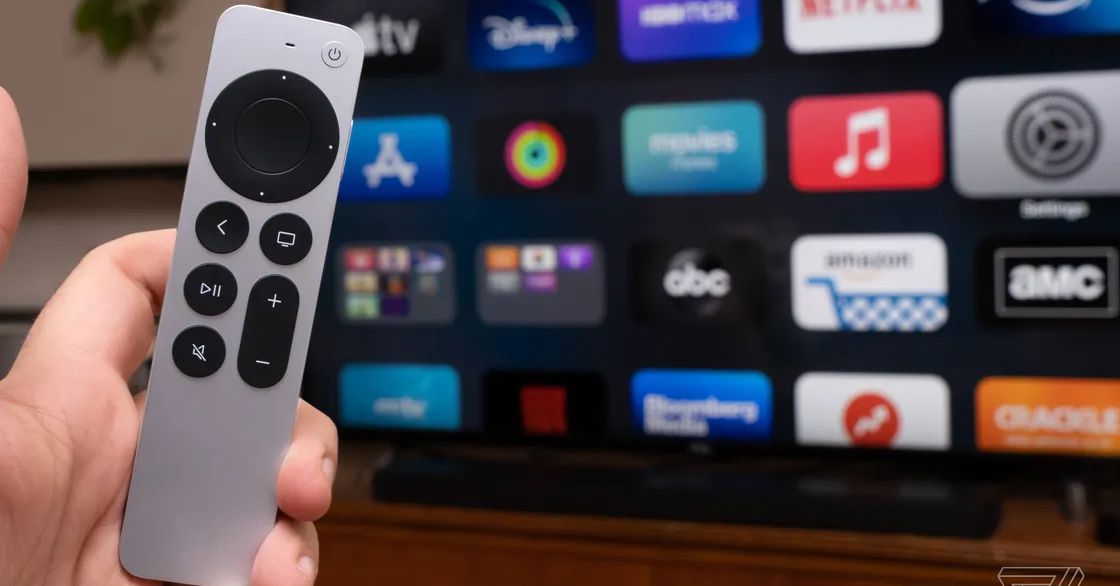 More than six years after Apple’s Eddy Cue proclaimed that “the future of TV is apps,” Apple’s 2022 WWDC keynote came and went with barely any mention of tvOS — the software that runs on its Apple TV hardware. That quote from Cue came alongside the introduction of the Apple TV’s App Store back in 2015. But the dearth of WWDC news on tvOS suggests the platform isn’t exactly one of Apple’s top priorities at the moment.

tvOS has continued to steadily evolve in recent years, and the Apple TV 4K remains perhaps the best all-around option on the market. The user experience is intuitive, app performance is consistent and stable, and Apple doesn’t shove ads in your face like Roku and Amazon. And the Apple TV app has actually gotten fairly good at aggregating streaming services and tracking what you watch. But the App Store didn’t really change how people use the Apple TV: despite Apple’s previous efforts to showcase apps like Airbnb and Zillow, the most popular downloads remain heavily entertainment-focused, with a “top apps” list that’s very similar to what you’d find on Roku, Amazon Fire TV, and Android TV.

The company’s attempts to shake up the experience of watching TV have also mostly fallen flat. Netflix still refuses to integrate with the Apple TV app. Cable companies have been slow to get behind initiatives like single sign-on. HBO quickly bailed on the Apple TV Channels program, which aimed to let people watch shows and movies from their subscribed services without hopping between apps. Every time Apple has some ambitious new TV idea, any potential is quickly hindered by powerful content providers that might not be on board.

That hasn’t stopped Apple from continuing to build out and polish the tvOS experience. But it was hard to miss just how ignored tvOS went during the WWDC keynote.

Technically a new version is coming this fall; Apple seeded the first beta to developers on Monday. But considering that it received no presentation time whatsoever, the latest release is almost certain to be light on features and substantial changes. Here’s some of what’s been confirmed so far:

Better cross-device connectivity: Apple says tvOS 16 will allow for better interactive experiences between your TV screen and multiple other devices like an iPhone and Apple Watch. This could be a big deal for third-party fitness apps like Peloton.

More game controller support: tvOS 16 will work with Nintendo’s Joy-Cons and Pro controller in addition to the Xbox, PlayStation, and other gamepads that are already supported.

A renewed push for multi-user support: Most streaming apps still make you select who’s watching when you open them, and Apple is trying to push these developers toward using tvOS’ user profile APIs and system integration.

Matter support (later in the year): Apple’s next batch of major software updates will add support for the Matter smart home standard — though the company has said the integration will arrive “later this year,” suggesting it won’t be there on day one.

That’s… pretty much it. Last year, tvOS 15 at least gained new tricks both in the initial release and throughout the year including spatial audio, SharePlay, Captive Wi-Fi support, improvements to HomeKit camera integration, and more. Those might seem minor, but SharePlay was much needed mid-pandemic. And while it’s no match for a real surround system, spatial audio is surprisingly immersive for movies — and you can enjoy it without disturbing anyone. tvOS 16 is comparatively looking pretty dire. Hopefully, Apple will add a few more features later in the fall and beyond.

Ahead of WWDC, there was some hope Apple might check off some lingering requests. Here’s a long Reddit thread of good ideas and wishlist items for tvOS 16. No one was asking for Apple to reinvent the wheel, but there are definitely features that would improve the experience both for home theater enthusiasts and casual streamers alike. Personalized profiles that are actually useful! Audio passthrough! Dolby TrueHD support!

None of that seems to be happening. At least not this year. And after seeing some of the convenient capabilities coming to other platforms with iOS 16 and macOS Ventura, I wish some of those (like Continuity Camera) were headed to Apple’s TV platform. SharePlay is already there, but an actual FaceTime solution on the big screen would be great.

Maybe next year — or whenever that rumored, a hybrid Apple TV and HomePod product eventually comes around.