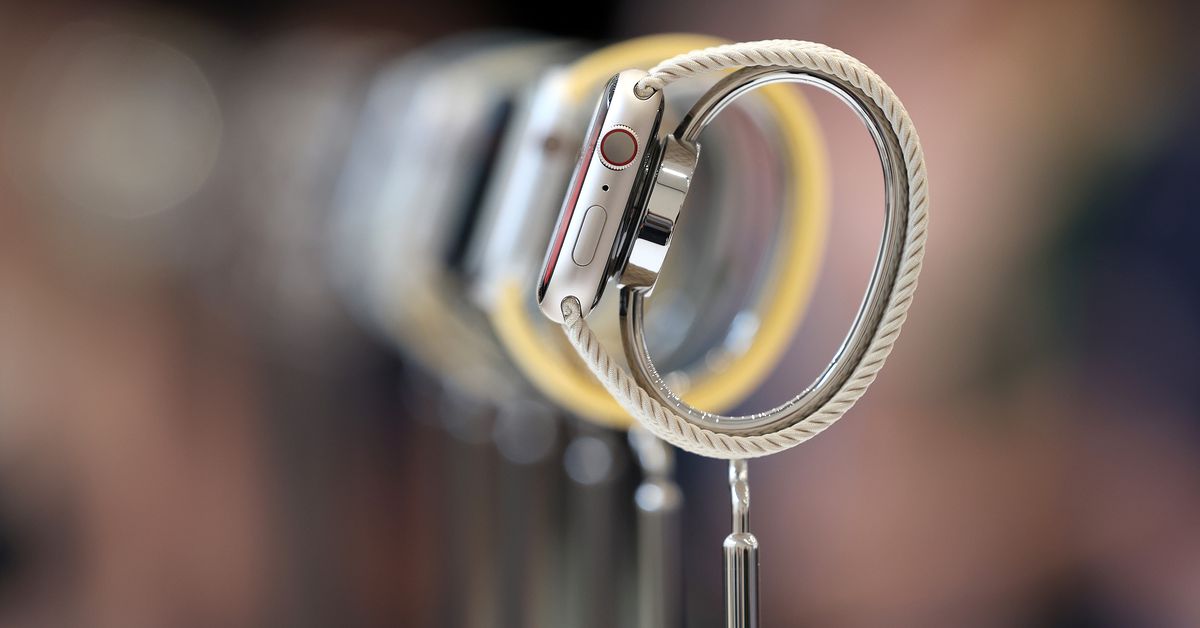 Wednesday’s Apple event opened with a warning. The video montage at the start of the event highlighted times when people in emergency situations had their lives saved by the Apple Watch. They used it to call 911 and make phone calls. It flagged dangerous heart conditions. Without the watch, they might not have made it out alive. The implication being: without a watch, you might not make it out alive.

Apple has been inching toward that sort of messaging from the very beginning. At the first launch in 2014, Tim Cook called the Apple Watch a health device. In 2018, when Apple introduced the feature that could detect irregular heart rate, Cook called the watch lifesaving. Now, instead of pitching the watch as something that could save a life, it’s framed as something people can’t live without.

The anecdotes used to back that messaging up in the videos — the people whose watches alerted them to heart problems or helped get them out of trouble — are worth paying attention to. Real people get help from Apple Watches during emergencies. But Apple is grouping active safety features — like crash detection or the ability to make emergency calls from the wrist — in with passive health monitoring features. And there still isn’t clear evidence that the health features on Apple watches can keep people healthier overall.

Take the heart rhythm feature, for example. It flags when people have abnormal heart rhythms that could indicate atrial fibrillation, a condition that increases risk of stroke or heart failure. It’s pretty good at doing that. But catching atrial fibrillation or another type of abnormal heart rhythm isn’t the same thing as preventing, say, a stroke. Most people who get a cardiac alert from their Apple Watch don’t end up getting diagnosed with a cardiac condition, according to one study from 2020. But screening the alerts can take up time and resources in the healthcare system, and the process can be anxiety-provoking for patients. And even if people do have a real, abnormal heart rhythm, there often isn’t much doctors can do about it, according to a different study from this past March.

“It can cause anxiety for people who it identifies, and if there’s no treatment, then you’re maybe not bringing much benefit,” study author Josh Pevnick, co-director in the division of informatics at Cedars-Sinai Medical Center in Los Angeles, told The Verge.

Apple also can’t say if any of the other health-related features on the Apple Watch can actively improve someone’s health. The watch has a feature that can detect blood oxygen levels, but that monitor isn’t cleared by the Food and Drug Administration as a medical device. Apple can’t make any claims that it can keep people safer. That doesn’t mean someone who wears a watch can’t use it to try and keep track of their oxygen levels if they contract COVID-19, for example. But if they do, it’s not likely to be a lifesaver: The Verge’s review found that it wasn’t very reliable, and the wrist tends to be a difficultspot to get accurate blood oxygen readings.

Low oxygen readings also shouldn’t be the trigger people use to take a health problem seriously. “Nobody should be waiting for their pulse-ox to go down before calling their doctor,” Albert Rizzo, the chief medical officer for the American Lung Association, told The Washington Post.

The newest health sensor on the Apple Watch Series 8 is a temperature monitor that will initially be used to estimate when someone ovulated. It could alsobe helpful in establishing a wearer’s individual temperature baseline — everyone’s temperature is “normal” in a different range, says Jennifer Radin, an epidemiologist with the digital medicine division at Scripps Research Translational Institute. Since the start of the COVID-19 pandemic, researchers have also been checking to see if signals on wearables can detect when people might be getting sick. Temperature data could make any future illness detection via the watch more accurate, she says.

But like the blood oxygen monitor, this isn’t an FDA-cleared medical device, so Apple can’t make any claims about its ability to detect or diagnose a medical condition. Also, like the blood oxygen monitor, it might struggle with accuracy, Radin says. The wrist is a tricky spot to take a temperature, as Fitbit users have seen. (Certain Fitbit models, like the Fitbit Sense and Fitbit Charge 4, have temperature sensors). Radin, for example, says that the Fitbit read a colder body temperature when she was in colder rooms — even though outside temperature doesn’t have major impacts on body temperature.

Then there’s the fact that the benefits of this tech may be unequally distributed.Health features on wearables are typically less accurate on people with darker skin. Research shows that the light sensors used to do things like track heart rate on the Apple Watch don’t work as well on darker skin tones. Fingertip blood oxygen monitors are less accurate on darker skin, and oxygen monitors built into smartwatches work in the same way. So even if these features save lives, white people would be more likely to benefit from them than people of color.

It may be a good marketing tactic to make people think that they need to spend hundreds of dollars on an Apple Watch to keep themselves safe. The fear-mongering presentation made it seem as if the Apple Watch is the only thing standing between people and disaster. It’s no longer being presented as a fitness device, or a curiosity, or a way to learn a bit more about yourself. No, now, it’s a necessary thing to have. That’s a high bar — and it’s not one it’s met yet.